In stock
SKU
SBGA415
Be the first to review this product
₱373,400.00
Add to Wish List Add to Compare
Email asd
Skip to the end of the images gallery 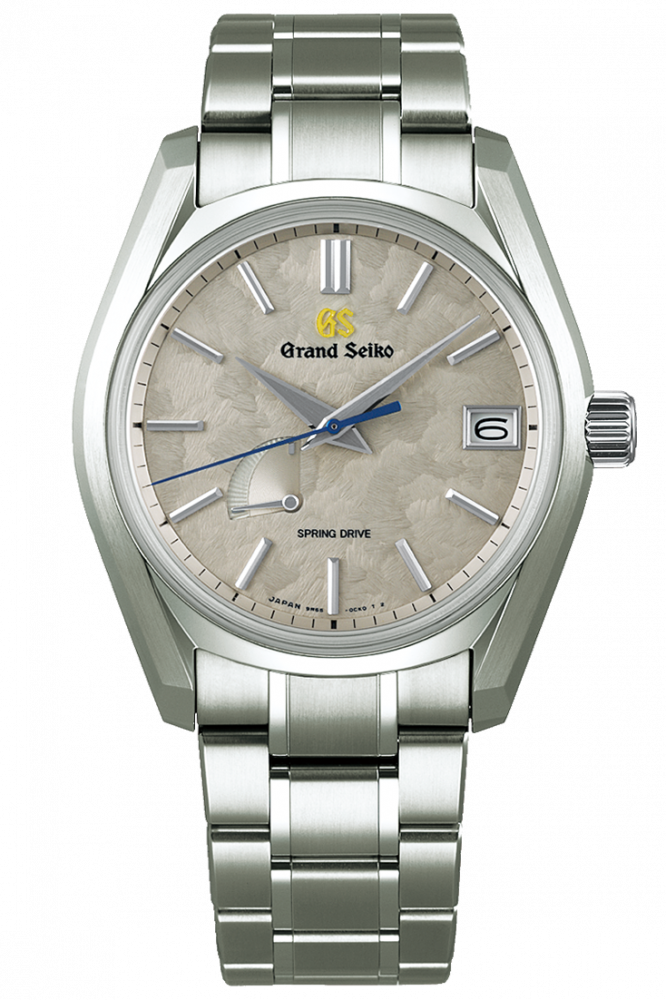 This is a modern re-interpretation of the celebrated 62GS from 1967. The 62GS was not only Grand Seiko’s first watch with an automatic movement, but it was also, along with the 44GS released the same year, the watch that first expressed the design grammar, the Grand Seiko Style, that still shapes all Grand Seiko designs today. Like its predecessor, this modern re-interpretation has the characteristic sharp edges and perfect distortion-free surfaces that only Zaratsu polishing can create and a wide dial opening which was achieved thanks to a bezel-free construction.

The light gray, textured dial is inspired by the deep winter snows that cover the mountains in Taisetsu, the twenty-first of Japan’s twenty-four sekki or seasons.

The watch is powered by Spring Drive caliber 9R65, which is hand assembled by the skilled craftsmen and women of the Shinshu Watch Studio.

Pine trees crusted with snow, silent under the sun of winter. It’s when the world has settled into a slumber only to awaken in the spring. This model’s dial celebrates the winter snow as it gathers and glitters against the sunlight.

Caliber 9R65 uses sophisticated modern technology coupled with the skilled hand of a master craftsman for the finest adjustments and highest precision possible, highlighting the seamless passage of time with a Spring Drive movement.