In stock
SKU
SBGJ201
Be the first to review this product

₱356,450.00
Add to Wish List Add to Compare
Email asd
Skip to the end of the images gallery 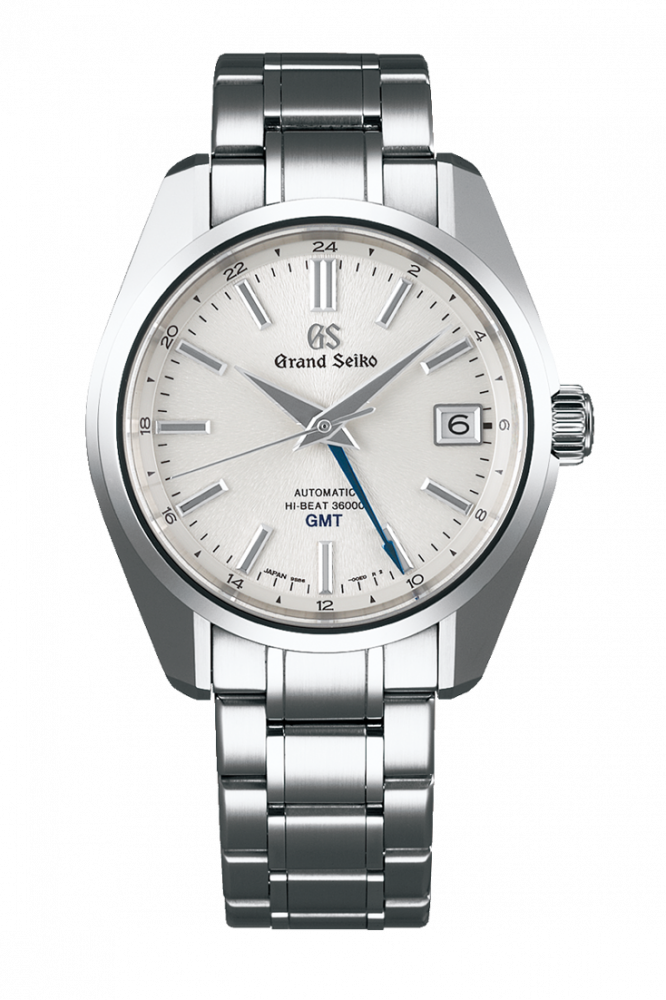 This model incorporates Caliber 9S86, the high-specification movement that delivers the same accuracy (-5 to +3 seconds a day) and the same power reserve (55 hours) as the core Caliber 9S85, while also offering the GMT function that the international traveler needs to ensure that the accuracy of the time shown is not compromised when the time zone is changed. The GMT hand shows the time in the home time zone.

The exterior design is a modern take on the stunning 'Grand Seiko Style'—the embodiment of the Grand Seiko design philosophy which was first established for the 44GS in 1967—and features a distortion-free, wide mirror surface throughout.

A beautifully delicate and polished finish has been created on the dial, with a 'Mount Iwate pattern', inspired by the many-ridged contours of the Mt. Iwate, the mountain that is visible through the windows of the Shizuku-Ishi Watch Studio where Grand Seiko mechanical watches are made.

The dial tells the story; its surface texture was inspired by the numerous ridged contours on the face of Mt Iwate, the imposing mountain that overlooks the Grand Seiko Studio Shizukuishi where all Grand Seiko mechanical watches are made. A Hi-beat GMT Grand Seiko of the “highest” refinement.

“Even a classic can be improved.”

When Nobuhiro Kosugi, the head designer of the 44GS modern re-interpretation, showed his team his idea for the shape of the new case he wanted to create, they saw immediately that a challenge lay ahead. Its super sharp edges, its delicately curved sides and, above all, the thin, tapered end of each lug took the craftsmen and women in charge of the Zaratsu polishing into uncharted territory. Kosugi was asking them to achieve something that had been impossible for the original 44GS in 1967. “I always try to create a design which presents a new challenge”, he says. And his team delivered, as he knew they would.

9S, an ordinary name for an extraordinary family of movements.

When the first 9S series movement was created in 1998, it incorporated advances in materials, manufacturing and craftsmanship that allowed it to offer a level of performance so superior that it changed the Grand Seiko Standard itself.
As often before, Grand Seiko’s ceaseless pursuit of precision, practicality and durability had taken its mechanical watchmaking to a new and higher level.
Each movement has over 200 components and each one is assembled and adjusted by hand to tolerances of one hundredth of a millimeter. 9S may be a quiet name but it speaks volumes.

Why craftsmanship leads to precision

Every 9S movement is made at the Grand Seiko mechanical watch facility in Shizukuishi in northern Japan. Within the same facility is a recently opened new studio where the movements and then complete watches are assembled and adjusted by hand by a team of craftsmen and women who have honed their craft to such an extent that they can adjust parts by hand to tolerances of one hundredth of a millimeter. Their work is all about precision. Caliber 9S85 is a 36000 vph hi-beat movement that is adjusted to +5 to -3 seconds per day.